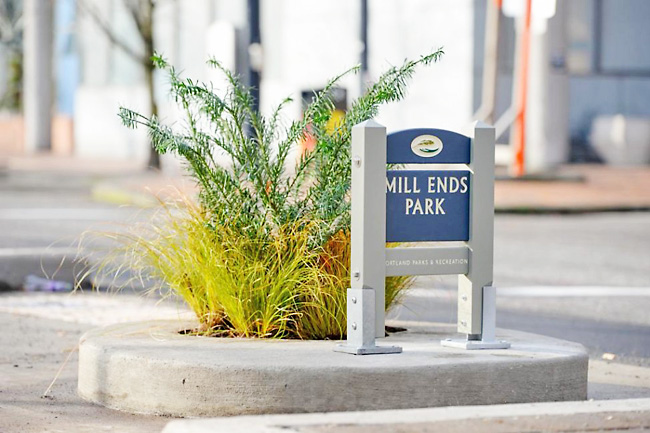 UPI – The completion of a road construction project in Oregon resulted in the return of the world’s smallest park – now located about six inches from its former location.

Mill End Park, a tiny patch of green in the median of Portland’s Naito Parkway that received its first plants and its name from Oregon Journal reporter Dick Fagan in 1946, became a globally famous landmark as the world’s smallest park when it received recognition from Guinness World Records in 1971.