Not just for the elite

SHANGHAI (AFP) – Petite but commanding, China’s former world champion gymnast Sui Lu stood among a sea of yoga mats doling out encouragement to her students as they bent their torsos towards their outstretched legs.

Sui was four years old when she was picked out by China’s state sports machine and began training as an elite athlete. She became world champion on the balance beam in 2011 and won silver at the London Olympics the following year.

But the pupils taking instruction from her in the bright, airy room in a Shanghai university harboured no such ambitions – Sui’s class was on basic physical fitness.

Lessons taught by former top athletes are part of a recent government push to carve out more time for youth fitness in the world’s most populous country, as it hopes to capitalise on heightened enthusiasm for sports ahead of next month’s Beijing Winter Olympics.

“People didn’t like sports before. They were under pressure to study and didn’t have time for exercise. But now everyone values sports,” Sui told AFP, after running her students through more stretches and balletic exercises.

The new state emphasis on exercise – schoolwork has been reduced, and targets such as a two-hour minimum of daily physical activity have been introduced – has forced a scramble to find qualified teachers. 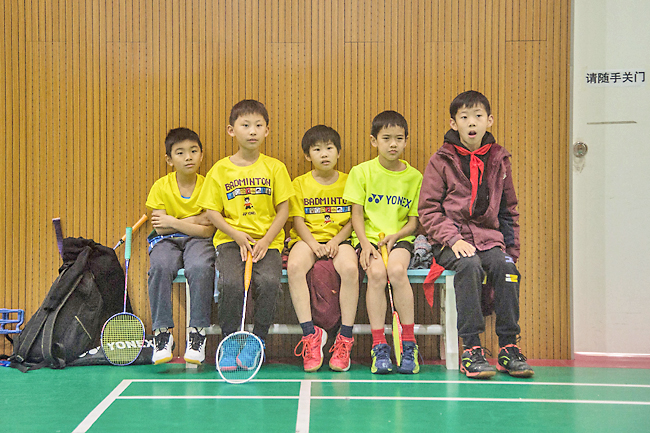 That has given Sui and other ex-athletes new career options in a previously limited system.

“It’s not like before when everyone thought professional athletes could only teach other professionals after retirement,” Sui said.

She sees her mission as not about creating elite – or even middling – athletes, but to break down Chinese perceptions that sport is only for top-level competitors and a waste of time for everyone else.

The fitness revamp is one piece of a broader Communist Party campaign to encourage healthier lifestyles that has included cracking down on industries it considers harmful distractions, such as cosmetic surgery and video gaming.

Concern has risen over the education system, geared toward rote learning, pressure-packed exams and additional after-school cramming at private tutoring businesses as anxious parents push their children to keep up.

The schooling situation has been blamed for contributing to youth obesity, near-sightedness, and rising despair over a society many young people say they increasingly view as a stressful dead-end rat race.

Jiang Yujing was a member of China’s winning squad in the 2010 World Junior Badminton Championships, and now teaches the sport in Shanghai at a combined primary-middle school.

She said parents are realising that “study is not the only way” to find success.

“It’s not the same as before. Parents nowadays wouldn’t insist on tutoring at home on weekends. They hope more to follow their child’s natural instincts, and relieve their stress through sports,” she said.

One of her pupils, fourth-grader Song Xuanchun, said he and his classmates were enjoying the change in focus.

“Most of my class is in better shape. Previously a lot of my classmates would often get nosebleeds or become ill, but not any more,” he said.

Mother-of-two Zhu Jing used to insist her own fourth-grader studied incessantly during off-hours.

But she said she has begun to realise that “if they study every day… their interest in or enthusiasm for learning will decrease because they will think that no matter how hard they work, they will have endless homework anyway”.

Zhu said the reduced study load this school year meant more time for pursuits such as badminton or cycling, often as a family – as well as “more exposure to natural light”.

But some parents have expressed concern on Chinese blogs, speculating that the sports drive might eventually fizzle, leaving their children behind academically.

Posts suggest that many parents are still secretly pushing their kids to study just as much as before.

For now, the fitness drive shows no sign of slowing – some Chinese provinces are even tweaking entrance-test requirements for high schools and universities to increase the weighting given to sporting achievements.

The school recently installed new lighting on its outdoor PE facilities to allow students to exercise well into the evening, responding to popular demand.